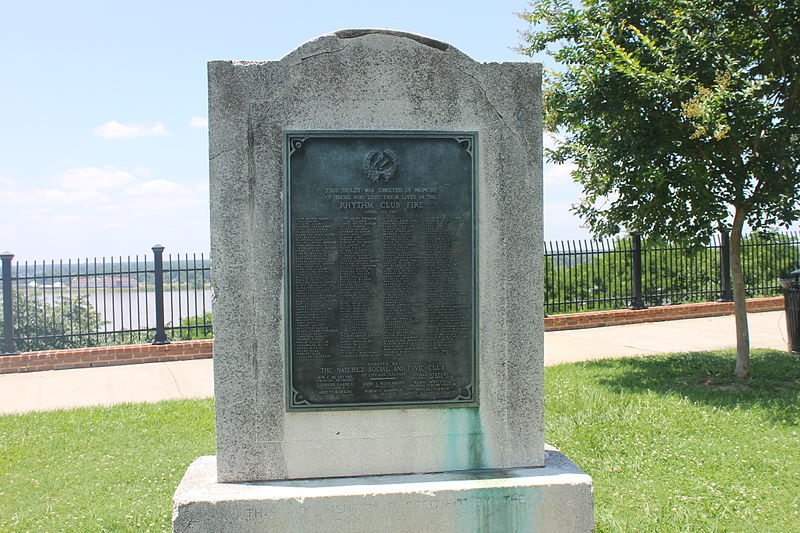 The Rhythm Club Fire occurred on April 23, 1940 in Natchez, Mississippi; around 209 people were killed and over 200 were injured. All of the victims were African Americans. The club was a long, narrow building with corrugated iron walls and roof. All the windows had been boarded up to prevent people outside the club from entering or watching a performance through the windows. There were only two doors, both near the front of the building; one was locked. Walter Barnes and his Royal Creolians were performing to a crowd of over 700 people when the fire broke out near the entrance around 11 p.m. The club's decorations included Spanish moss hung from the ceiling, which had been sprayed with Flit, a petroleum-based insecticide. The moss quickly ignited, and the building's metal construction prevented the heat from leaving the building. Many people were able to escape through the front door, while others pushed toward the back of the building, where they were unable to escape because there was no exit.

Photo: Plaque with names of those who survived the Rhythm Club fire of April 23, 1940 in Natchez, MS

This is the trailer from the Rhythm Club Fire documentary. It presents some basic facts about the fire.