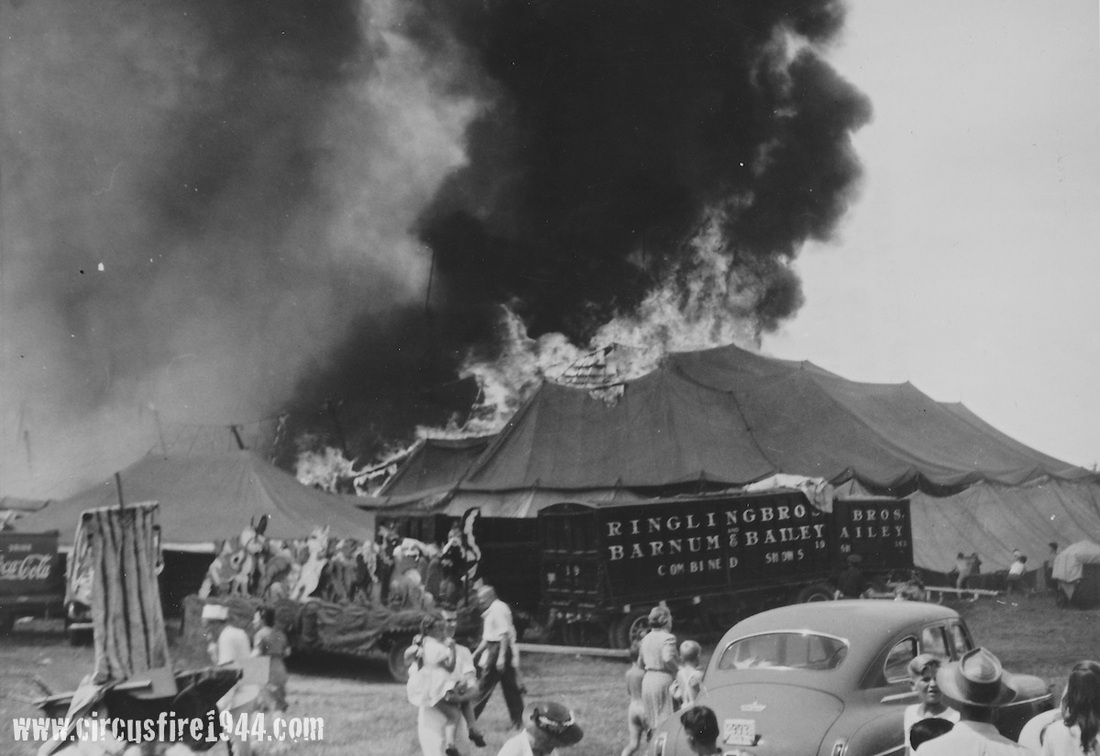 The Hartford Circus Fire occurred July 6, 1944 in Hartford, Connecticut, during an afternoon performance of Ringling Bros. and Barnum and Bailey Circus before a crowd of 7,000 people. At least 167 people were killed, and over 700 were injured. The tent had been waterproofed with a mixture of wax and gasoline. The fire started of unknown causes on the southwest sidewall of the tent. People panicked as they tried to escape the tent; many of the deaths were due to trampling by the crowds, while others were killed when they jumped off the tops of bleachers. The actual number of deaths may have been higher than the official estimates because the crowd included people whose deaths may not have been reported, including people from many of the smaller surrounding communities and drifters who had been given free tickets. The number of injured may have been higher too, as many people from the surrounding communities went home without receiving medical treatment in Hartford.

The fire's cause has never been determined. Several years later, a man claimed that as a teenage employee of the circus, he had started the fire, but due to his history of mental illness, investigators doubted his claims, and later in life, he maintained he was innocent.

These videos were uploaded by Youtube user circusfire1944dotcom, who also has uploaded other videos about the fire, as well as videos of the memorial dedication, a survivor interview, and circus footage from the late 1930s through early 1950s.

This footage was taken inside the tent as the fire began to spread throughout the tent.

This footage taken from outside the tent shows the tent collapsing.

This is footage of the site after the fire.