2017 Spring ~ One Book, One College - A Chance in the World: An Orphan Boy, A Mysterious Past, and How He Found a Place Called Home: Overview

Spring 2017 Massasoit One Book One College selection: A Chance in the World and history of the OBOC community reads program. 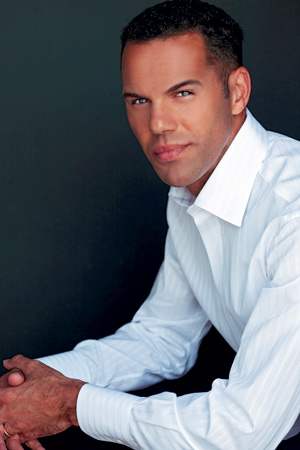 Steve Pemberton, born Steve Klakowicz, is the Chief Diversity Officer at  Walgreens, Inc.  He is the  first person in the company's history to hold this position.  The product of a black father who was murdered and an alcoholic white mother, he was removed from his home along with four of his surviving brothers and sisters.  At the age of three, he was placed in the foster care system of Massachusetts and never saw his mother again.  After suffering from extensive physical and emotional abuse at the hands of his foster parents, he earned a full scholarship to attend Boston College, where he later served as assistant director of undergraduate admissions.

Today he is the Chief Diversity Officer at Walgreens and married with three children.  He lectures frequently on issues related to diversity, dealing with difficult challenges and child advocacy. Steve also conducted a search for his birth family and found his grandparents and his four siblings.  Both of his birth parents passed away when he was only a child.  Steve's book, A Chance in the World, details his childhood abuse, his search for his family, the bittersweet reunions with those he located and the ongoing struggle to solidify his personal identity.

This document and guide was put together by Librarians Kay Neary and Erin McCoy.  It is a tool to use as a Reading Discussion guide for book discussion in your classes and/or informal book groups.  We've found that many times book discussions "run themselves" but it is often helpful for the teacher, leader, or facilitator to have some questions to keep things focused or start the conversation.  Enjoy! 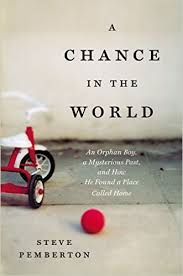 A Chance in the World: An Orphan Boy, A Mysterious Past, and How He Found a Place Called Home