Join the Massasoit librarians for monthly book discussions, highlighting different genres and issues raised. Reading the book is not a prerequisite for attending the discussion.

WHERE: Casual library seating area, near back windows

The Circle by Dave Eggers

When Mae Holland is hired to work for the Circle, the world’s most powerful internet company, she feels she’s been given the opportunity of a lifetime. The Circle, run out of a sprawling California campus, links users’ personal emails, social media, banking, and purchasing with their universal operating system, resulting in one online identity and a new age of civility and transparency. As Mae tours the open-plan office spaces, the towering glass dining facilities, the cozy dorms for those who spend nights at work, she is thrilled with the company’s modernity and activity. There are parties that last through the night, there are famous musicians playing on the lawn, there are athletic activities and clubs and brunches, and even an aquarium of rare fish retrieved from the Marianas Trench by the CEO. Mae can’t believe her luck, her great fortune to work for the most influential company in the world—even as life beyond the campus grows distant, even as a strange encounter with a colleague leaves her shaken, even as her role at the Circle becomes increasingly public. What begins as the captivating story of one woman’s ambition and idealism soon becomes a heart-racing novel of suspense, raising questions about memory, history, privacy, democracy, and the limits of human knowledge. Book Cover

An Amazon Best Book of the Month, October 2013: As a fiction writer, indie publishing icon and education activist Dave Eggers neither suffers fools gladly nor treads lightly. With his signature mix of intelligence and highly literate snark, he dives headlong into contemporary crises--Hurricane Katrina, the Sudanese civil war--through the lens of a single character whose perspective we get to know intimately. In his new novel, Eggers tackles a modern problem that doesn't always seem like one: our near constant hunger for communication. When Mae Holland takes a job at the Circle, a tech giant with a utopian culture and cultlike following (Eggers didn't call it Schmoogle, but may as well have), she quickly loses sight of her friends, family, and sense of self in favor of professional success and social acceptance. As her Circle star rises, Mae succumbs to the corporate code of full disclosure, eventually agreeing to "go transparent" and let the public watch--and comment on--her every move. "Privacy is theft," decrees the company motto; "Secrets are lies." It's not subtle, but neither were "Harrison Bergeron" and 1984, and in its best moments The Circle is equally terrifying. Let's just hope it's not prescient. --Mia Lipman --This text refers to the Library Binding edition.

"Most of us imagine totalitarianism as something imposed upon us—but what if we’re complicit in our own oppression? That’s the scenario in Eggers’ ambitious, terrifying, and eerily plausible new novel. When Mae gets a job at the Circle, a Bay Area tech company that’s cornered the world market on social media and e-commerce, she’s elated, and not just because of the platinum health-care package. The gleaming campus is a wonder, and it seems as though there isn’t anything the company can’t do (and won’t try). But she soon learns that participation in social media is mandatory, not voluntary, and that could soon apply to the general population as well. For a monopoly, it’s a short step from sharing to surveillance, to a world without privacy. This isn’t a perfect book—the good guys lecture true-believer Mae, and a key metaphor is laboriously explained—but it’s brave and important and will draw comparisons to Brave New World and 1984. Eggers brilliantly depicts the Internet binges, torrents of information, and endless loops of feedback that increasingly characterize modern life. But perhaps most chilling of all is his notion that our ultimate undoing could be something so petty as our desperate desire for affirmation." 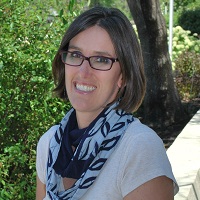