a guide to be used in conjunction with November heritage celebration: Native American Cultural Awareness Day

Native American Heritage Month, also known as American Indian and Alaska Native Heritage Month, celebrates and recognizes the accomplishments of the peoples who were the original inhabitants, explorers and settlers of the United States.

According to the National Congress for American Indians, "The month is a time to celebrate rich and diverse cultures, traditions, and histories and to acknowledge the important contributions of Native people. Heritage Month is also an opportune time to educate the general public about tribes, to raise a general awareness about the unique challenges Native people have faced both historically and in the present, and the ways in which tribal citizens have worked to conquer these challenges."

Check out the 2019 Native American Heritage Month flyer for information on related events and activities.  (to be posted here)

For more information on Massasoit events see the All-Campus Calendar.

The 2004 Native American Heritage Month Poster portrays an image of a male Native American dancer titled "Lakota Dancer" by Regina One Star (Rosebud (Sicangu) Lakota).   "Humankind has not woven the web of life. But we are one thread within it. Whatever we do to the web, we do to ourselves. All things are bound together, all things connect" -- Seattle, Squamish Chief 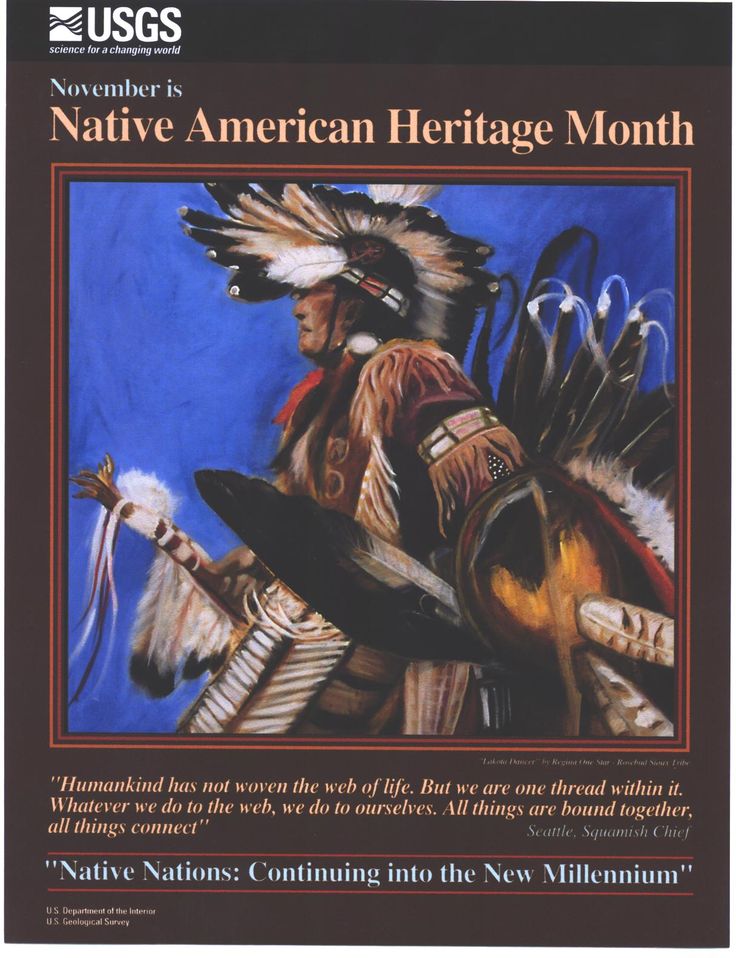 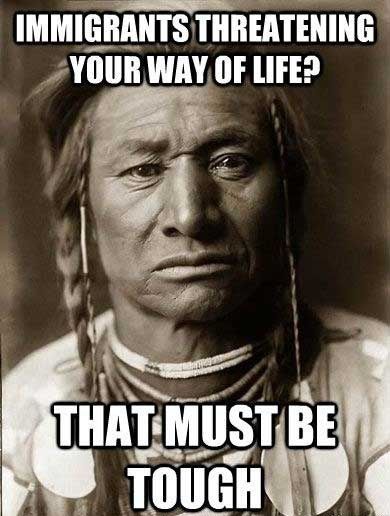 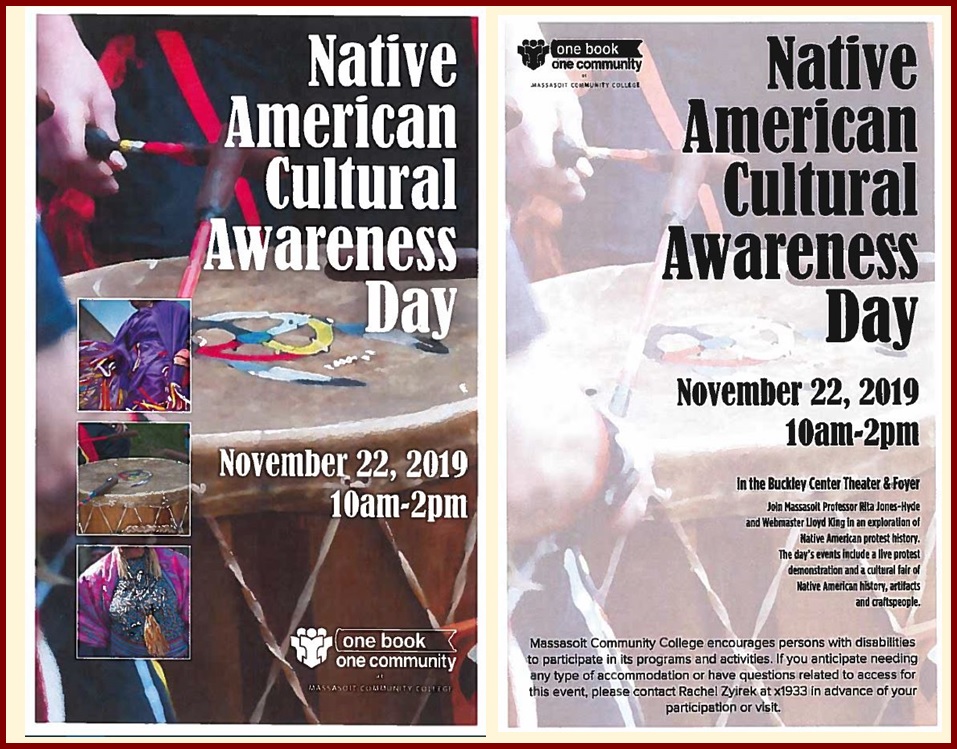 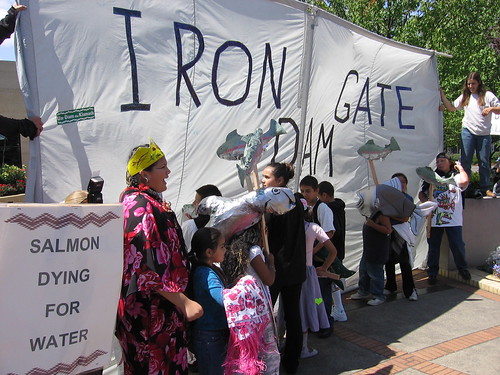